Celebrating Over 20 years of friendship and fundraising 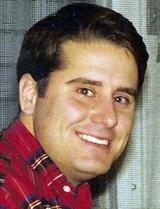 It was February 9, 1999 when Jason Kuhn of Manilla lost his long-fought battle with cancer. At the time, so many of his family and friends were amazed at Jason’s continued strength and positive outlook despite having such a tough battle to fight, but fight he did. (Jason Kuhn was a 1993 graduate of Rushville Consolidated High School and a 1997 graduate of Franklin College). Even though it has been well over a decade now since Kuhn’s passing, the fight and positive energy surrounding Jason and his legacy live on.

Shortly after Jason’s passing, three of his college friends (Adam Decker, Marc Steczyk and Andy Wilson) decided to launch a golf scramble to raise money in Jason’s name. “At the time of Jason’s passing we just wanted to do something. Jason was always the light in the room, always such a positive person and full of energy. His unique sense of humor made him a friend to everyone and it was so shocking to see him go through that at the time as he was so young,” said Wilson.

The first goal was to raise $50,000 to secure two annual scholarships at Franklin College. “We reached our first goal fairly quickly,” said Decker. “We knew we had to keep going. So, we did.” After the first goal they raised funds for the American Cancer Society for one year and then made the decision to set another $50,000 goal to help the Sheehan Cancer Care Center at Rush Memorial Hospital. “It just made sense,” said Steczyk. “Jason grew up in Rush County and what better place to continue the efforts than there?”

In 2013 the scramble surpassed the $50,000 goal for Rush Memorial Hospital. “Having grown up there it’s always great to see how that community supports one another. I’m not surprised that the event has lasted this long. People in that community love the Kuhn family, they loved Jason and they take care of their own,” former Rushville resident Wilson said.

The 2021 Jason Kuhn Memorial Golf Scramble will be held June 18, 2021. We are looking forward to 20+ teams participating.
The Hole and Gift Sponsor participation for this event has been exceptional and we are humbled by the way groups have continued to keep the memory of Jason Kuhn alive with their generoisty.

It is the policy of the Rush County School Corporation not to discriminate on the basis of race, color, religion, sex, national origin, age, or disability in its educational programs or employment policies as required by the Indiana Civil Rights Act, Titles VI and VII of the Civil Rights Act of 1964, the Equal Pay Act of 1973, Title II, Title IX and Section 504 of the Rehabilitation Act of 1973. ” Questions and concerns should be directed to the Title IX, Title II, and Section 504 Coordinator as follows: Dr. Matt Vance, Superintendent of Schools c/o Rush County School Corporation, 330 8th St., Rushville, IN 46173 Phone:  (765) 932-4186